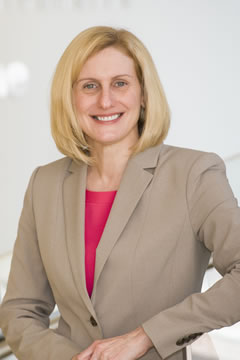 Dr. Roseff’s major interests in Transfusion Medicine are pediatric/neonatal transfusion medicine, as well as blood management. She is also interested in the treatment of patients with sickle cell disease and has been a co-investigator on two federally funded sickle cell research projects. As the Chair of the Division of Clinical Pathology, she has become involved in projects looking at sample volume, lab utilization and reference test utilization.

Dr. Roseff has a passion for education and has an active role in the Department, Medical Center, School of Medicine, and as an invited lecturer/course director at both regional and national meetings. She had leadership roles in the Department’s Pathology Resident Training Program and in the school of medicine, as a co-course director in the first Marrow course. She has also served a role in implementing the new medical school curriculum and is a Course Master for the “Marrow and Movement” block of the new school of medicine curriculum. In 2006, Dr. Roseff was awarded with the Department of Pathology's Saul Kay Award. This award is presented by the graduating residents to a faculty member who is uniquely dedicated and effective in resident teaching. In October 2014, she was awarded the Enrique Gerszten Faculty Teaching Excellence Award, the VCU School of Medicine’s highest teaching award.

Dr. Roseff has served in leadership positions in a variety of national and international professional organizations. She is currently a member of the American Board of Pathology’s Transfusion Medicine and Blood Banking Test Development and Advisory Committee. She has served as the secretary of the AABB’s Board of Directors, the Chair of the AABB’s Standards Program Unit and as AABB’s liaison to the Department of Health and Human Services Advisory Committee on Blood and Tissue Safety and Availability. In addition, she was a member of the College of American Pathologist’s Transfusion Medicine Resource Committee from 2006 – 2011. She also served as a member of the Department of Health and Human Services’ Advisory Committee on Blood Safety and Availability from 2005-2008. In September 2012, she was invited to be a temporary voting member of the Blood Products Advisory Committee to the FDA for the topics “Octapharm” and “Point of Issue Testing of Platelet Components for Bacterial Contamination.” She has also served as a committee chairs for ASFA (American Society for Apheresis) and the ASCP (American Society of Clinical Pathology). She is Board Certified in Clinical Pathology and Transfusion Medicine and Blood Banking by the American Board of Pathology.