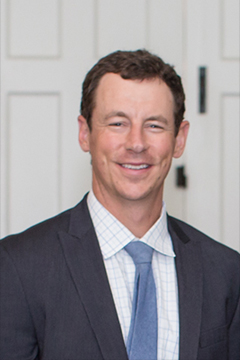 Dr. Doern has been very involved in the implementation and study of new technologies in the clinical microbiology laboratory.  Specifically, he has been actively involved in the use of matrix assisted laser desorption/ionization time-of-flight mass spectrometry (MALDI-TOF MS) for the identification of microorganisms.  Dr. Doern has published several reviews, given workshops and numerous lectures on the subject of implementing this technology for clinical use.  He has also coordinated a 9-center research collaboration to better understand MALDI-TOF MS performance.

In addition to his work with MALDI-TOF MS organism identification, Dr. Doern’s research interests include studying the emergence of Gram-negative antibiotic resistance, improving the diagnosis of pediatric bloodstream infection, and studying the impact and outcomes associated with implementing new technology in the clinical microbiology laboratory.

Dr. Doern is also co-founder of the Medical Microbiology Question of the Day.  He, along with Dr. Carey-Ann Burnham, has developed a service that provides medical microbiology-based questions three times a week.  The service was originally intended to aid residents and fellows in board preparation but has grown to include thousands of microbiologists, pathologist and infectious disease physicians from all over the world.  Subscription is free and can be found at www.pathquestions.com.