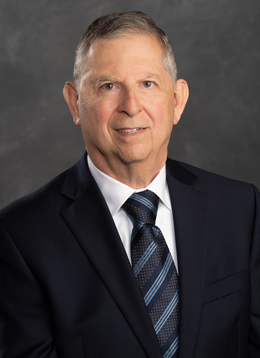 In June 1984, Dr. Sirica joined the VCU Department of Pathology faculty to develop a program in Experimental Pathology, and in 1990 he was promoted to the rank of full professor with tenure. From 1993 to 1999, he held the appointment of Chair of the Division of Experimental Pathology in the Department of Pathology. In 1999, he founded the Department's Division of Cellular and Molecular Pathogenesis and continued to serve as Division Chair for another fifteen years, stepping down from this position in July 2014 to devote full time to his NIH funded research program. He was also co-appointed in 2001-2020 as Professor of Internal Medicine at VCU, and from 1989-2020 remained a Member of the Massey Cancer Center of Virginia Commonwealth University. In 2019, he was appointed to a Distinguished Career Professorship at Virginia Commonwealth University. Following his retirement from the tenured faculty of the VCU Department of Pathology, his appointment as Professor Emeritus of Pathology was approved by the University, effective March 1, 2020.

As principal investigator since 1981, Dr. Sirica stayed continuously funded by the National Cancer Institute of the National Institutes of Health for more than thirty years, with his last awarded five-year competing NIH R01 grant extending this sustained funding to May 2019. In the past, he received funding from the Virginia State Department of Health, a Merck Research grant, and various other private, and institutional funding sources. He served as a regular member of the NIH Metabolic Pathology Study Section (1991-1995), and of the American Cancer Society Scientific Advisory Committee on Carcinogenesis and Nutrition (1989-1992). Since 1980, he served as a reviewer, and in two instances as chair, on numerous review panels and/or site visit teams for NIH, ACS, and other funding agencies.

Currently, Dr. Sirica is an emeritus or senior member of thirteen professional societies, including the American Association for Cancer Research, the American Society for Investigative Pathology, where he served as Program Committee Chair from 1994-1996, the American Society for Cell Biology, the American Association for the Study of Liver Diseases, where he was elected as a Fellow in 2014, and the American Gastroenterological Association, where he was made a Fellow in 2009. His honors also include: a recipient of a Burroughs Welcome Visiting Professorship in the Basic Biomedical Sciences at Pennsylvania State University College of Medicine in 2000, and in 2002 and 2007 a recipient of the VCU School of Medicine Recognition Awards for research, and in 2012 a recipient of the Dr. and Mrs. Michael A. Gerber Memorial Lectureship at Tulane University School of Medicine.

In June 2019, Dr. Sirica was recognized by Expertscape as an Expertscape World Expert in Cholangiocarcinoma (Top 0.1% Expert; Top 0.18% Expert 2022). He served on six editorial boards, organized and chaired several national scientific conferences, including two FASEB Summer Research Conferences, and two American Association for the Study of Liver Diseases Single Topic Conferences, and more recently “Hepatobiliary Cancers: Pathobiology and Translational Advances", co-sponsored in part by the American Association for the Study of Liver Diseases and The Cholangiocarcinoma Foundation, and held at the Virginia Crossings Hotel and Conference Center in Glen Allen, Virginia, December 7-10, 2017.

He served as the primary organizer, along with Dr. Gregory Gores of the Mayo College of Medicine and Clinic, and Dr. Lopa Mishra of the Feinstein Institutes for Medical Research as co-organizers, of a Keystone Symposium titled “Hepatobiliary Cancers: Pathobiology and Translational Advances”, held as a Keystone e-symposium in March 22-24, 2021 (https://virtual.keystonesymposia.org/ks/live/668/page/5598), as well as Organizer and Chair of a FASEB Catalyst Conference titled “Cholangiocarcinoma: Molecular Drivers, Microenvironment, and Precision Medicine” held as a virtual event on April 7, 2021 (https://www.faseb.org/meetings-and-events/catalyst-conference).

In addition, Dr. Sirica edited and authored five books on topics including the pathobiology of neoplasia, experimental pathobiology (cellular and molecular pathogenesis), hepatocarcinogenesis, hepatobiliary cancers, and bile and pancreatic duct pathobiology and pathophysiology. And, he published his peer reviewed research in journals such as Proceedings of the National Academy of Science USA, Cancer Research, Hepatology, Gastroenterology, Nature Reviews Gastroenterology & Hepatology, Hepatology Research, Nature Reviews Disease Primers, Current Opinion in Gastroenterology, Hepatology Communications, and the American Journal of Pathology. One of his papers, with Dr. Henry Pitot, was made a citation classic by Citation Index in 1992, and two of his research papers were profiled on the covers of the American Journal of Pathology and Hepatology, respectively. Four other publications were also the subject of journal editorials/commentaries. His most cherished achievement was the opportunity to serve as Major Advisor to eighteen postdoctoral fellows, as well as to several graduate students, medical student trainees, undergraduates, visiting student scholars, and numerous laboratory staff members.

Currently, Dr. Sirica serves as primary organizer with Dr. Mario Strazzabosco of the Yale University School of Medicine and Dr. Sumera I. Ilyas of the Mayo College of Medicine and Clinic as co-organizers of a FASEB Science Research Conference, “The Cholangiocarcinoma Conference: Molecular Drivers, Microenvironment, and Precision Medicine” being held in Palm Springs, California on August 13-17, 2023 (faseb.org/src-events#CHOSRC). He is also editor (together with Dr. Paul B. Fisher, Professor and Chair of the Department of VCU’s Department of Human and Molecular Genetics and Director of the VCU Institute of Molecular Medicine) of Volume 156 of Advances in Cancer Research-“Hepatobiliary Cancers: Translational Advances and Molecular Medicine”, published August 2022 by Elsevier/Academic Press.